You are here:
Annual ReportRecent Reports 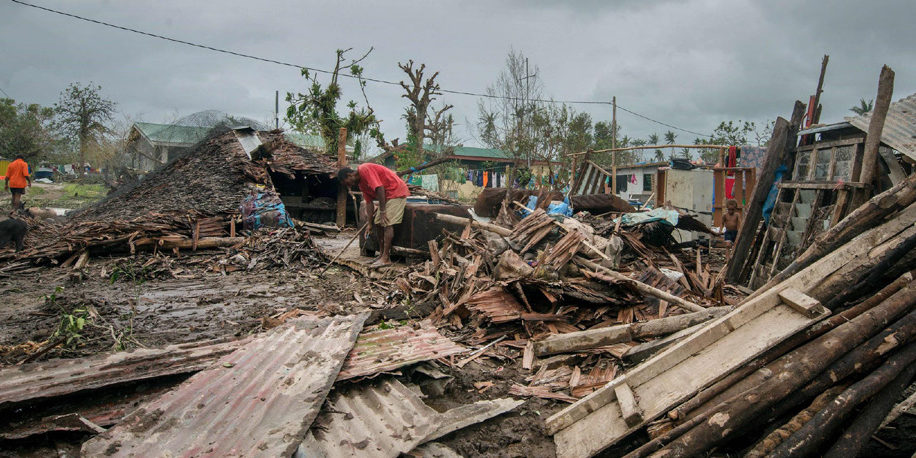 During the year the ACBM has gone out to the brotherhood seeking funds in support of several disasters and emergencies to which the brotherhood has responded most generously.

Cyclone Pam which hit Vanuatu and Reef Islands (Solomon Islands) on 13th March with winds gusts exceeding 300kmh, caused wide spread damage. By God’s grace our brethren were all safe but much property was damaged. The ACBM appeal to provide the necessary assistance and support for these brothers and sisters was most generously responded to by the brotherhood not only in Australia and New Zealand but from across the western world. Around AU$247,000 was received which well exceeded the amount required. At the request of some donors a significant amount of these funds were re-directed to the general needs in Vanuatu and enabled the repayment of the Port Villa hall loan. The Vanuatu economy will be impacted for some time to come and the redirected funds will be applied accordingly to assist our brethren. The remaining funds are being held in our Disaster Fund and will be applied against future disasters in the Asia-Pacific Region.

On 25th April an earthquake of around 8.1 on the Richter scale hit Kathmandu (Nepal) during a combined Memorial Meeting of the two ecclesias. On 12th May a further earthquake of around 7.3 caused further damage in the area. This was the worst disaster in Nepal since 1934. Most thankfully none of our brethren died or were injured but there was significant damage to their homes and property. Again the Nepalese economy has been significantly impacted. An amount of AU$90,000 was raised which also exceeded the amount thus far needed.Any surplu s beyond what is required will again be set aside towards future support should disasters affect the ACBM region.

Cyclone Hudhud with a wide front of nearly 400km hit the east coast of India in the early hours of Sunday 12th Oct 2014 at just over 200km/h. It centred on the city of Visakhapatnam which bore the brunt of the winds and torrential rains. There are 22 ecclesias in the area but all our brethren were safe. The cost to re-establish buildings and provide emergency support was AU$22,000 and was funded from the reserve Disaster Fund without the need for an appeal.
Disasters in our region are most likely to continue and the reserve build up will allow the ACBM to make an immediate response to any future exigency.

In May this year the ACBM Queensland Regional Committee faced a funding emergency of some $54,000 in order to be able to maintain the work in Cambodia. A special appeal was made to the Australian and New Zealand brotherhood and this need was met most generously.

Concurrently with the above emergency a sister in Vietnam was in need of cancer treatment and an appeal was launched in Queensland to assist. However, her problem was wonderfully overcome with the lump suddenly disappearing. We are moved to give grateful thanks to our merciful Heavenly Father for His overshadowing care.

The ACBM deeply appreciates the most generous support of the brotherhood in enabling assistance to be provided to our brothers and sisters in desperate need when disasters or other emergencies come upon them.