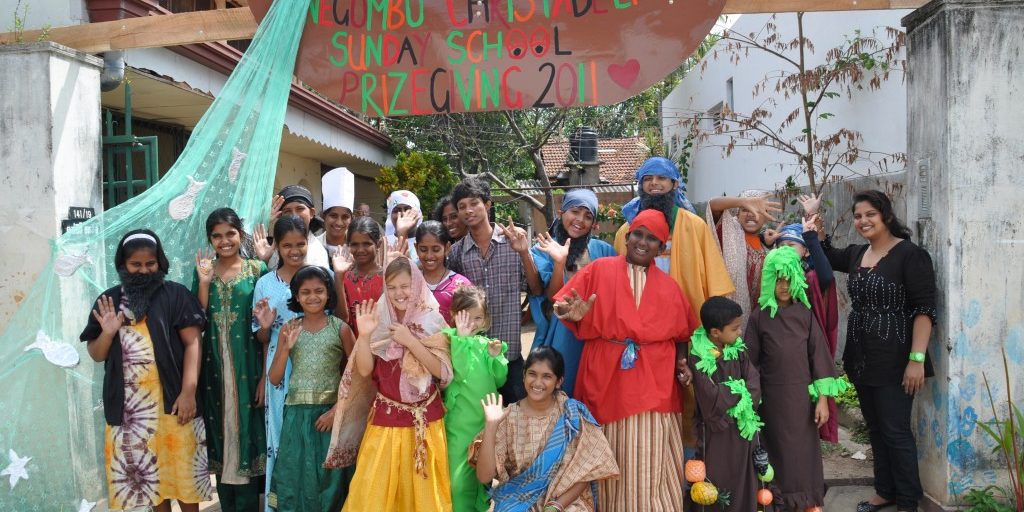 Since our last report (12 October 2011) there have been five baptisms in Sri Lanka. On 23 October Bro Nalaka De Silva, who we mentioned in our last report was baptised. Nalaka was followed on 30 November by Bro James B., then on 6 November by Bro Rohan Hettiarachi, his wife, Sis Waruni, and their daughter, Sis Shani. Bro James is the 15 year old son of Bro K. (see report 12 October 2011). He arrived in Sri Lanka with the rest of his family last year. James is a mature and studious young man, who also has a great sense of fun, qualities that have endeared him to the members and friends of the Negombo Ecclesia. Bro Rohan is a former pastor of a pentecostal house church and has been studying the Bible with Bro Frank Ryan for about 18 months. In December last year he brought his wife Waruni and their two younger daughters to the 1st Sri Lankan Bible Truth Camp. Since the camp, Waruni and their eldest daughter, Shani, also started studying the Bible with Bro Frank and the whole family has been attending the Sunday meetings and participating in all the other ecclesial activities. The five baptisms have greatly encouraged the brothers and sisters in Sri Lanka.

The 2nd Sri Lanka Youth Conference was held from 9 – 11 October. The conference was held at a guest house at Unawatuna on the south coast of Sri Lanka. 20 Sri Lankan and 3 Australian young people attended the conference. Bro Jared Schipper led a series of studies on Samson – God’s Strong Man. Bro Jared drew many powerful lessons from Samson’s life, including that our sins, like Samson’s, always have consequences, but God can use even our mistakes to advance his purpose, and that no matter how great our sins might be, God will forgive us if we truly repent as Samson did. The young people enjoyed various other activities. One of the highlights was a boat building competition between two teams, the “Samsons” and the “Philistines,” using planks, tyre tubes and plastic barrels. This was followed by a boat race, which, sadly for the Samsons, was won by the Philistines. During the conference the young people enjoyed the company of Bro Jared and his wife Sis Mel Hunter, Bro Farooq from Pakistan, Bro Kevin Jose, Rosie Jose, Bro Dane Linden, Bro Vaughan Connell and Shem Spina, all from Perth. Bro Farooq and Bro Vaughan each led a study at the conference. On the Sunday after the conference Bro Dane did the exhortation at the Negombo ecclesia, and Bro Kevin did the Bible Class, both of which were much appreciated by the brothers and sisters.

The Negombo Christadelphian Sunday School held its 2011 Sunday School Prize-giving on Saturday 17 December. The 26 students were joined by over 30 parents, grandparents and friends, including some visitors from Australia. The students performed a play about the parables and miracles of Jesus and sang some songs as well. Their good work through the year was rewarded with the gift of an NCSS t-shirt. After the prizegiving everyone enjoyed lunch and an ice-cream each.