2018 Update for the Solomon Islands

You are here:
Pacific IslandsRegionsSolomon Islands 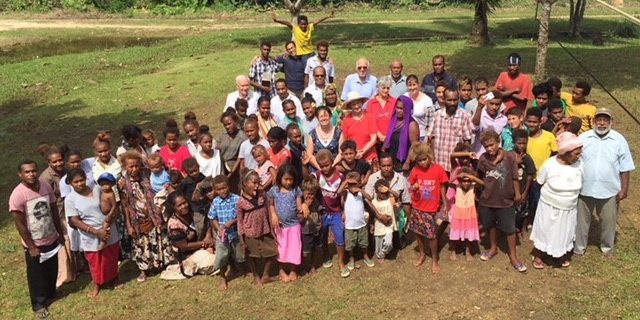 Youth Conferences have been held during the last two years, to cater for the large number of young people and this has contributed their desire for baptism.

There are four ecclesias, one in Honiara, two others within a few kilometres of each other on the island of Malaita and the fourth on the remote Reef Islands, more than 600km east of Honiara, where two brethren live.

The most recent Bible Week was attended by 20 brethren and sisters and 5 interested friends. There were about 30 children and young people in the Senior Sunday School and 28 in the Sunday School for those under 12 years.

During Bible Week workshop classes were held on preparation and presentation of studies and exhorting and chairing at memorial meetings. The response was very positive. As numbers are increasing there is the need to ensure that local brethren are more self-sufficient in Bible study and leadership.

The “Let the Bible Speak” radio programme, which is broadcast by the Solomon Islands Broadcasting Corporation still attracts a good listening audience throughout the Islands. A gospel presentation was advertised in Honiara during the last visit and three friends attended.

The Honiara Hall, which was built last year, is now being used regularly for meetings and Sunday School. Solar lighting has been provided to allow its use for activities at night. Anyone willing to support the work in the Solomon Islands should make contact solomons@acbm.org.au