A Preacher’s Notebook (No 7) – Bible talks

You are here:
ArticlesBible Missionary Magazine 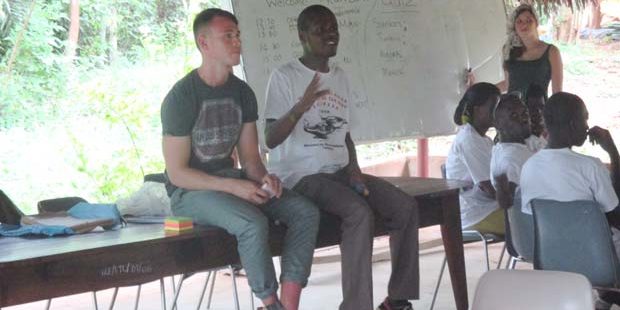 The Bible is rightly at the heart of the Christadelphian Bible Mission. We are not reaching out to people with a message we have dreamed up ourselves. We are bringing the word of God to them – “the sacred writings, which are able to make (us) wise for salvation” (2 Timothy 3:15). The word translated ‘able’ is a word meaning ‘dynamic, powerful’. Our focus must be on bringing the Bible to people and making it a priority to encourage them to read it for themselves.

While we have a written record in the Bible of God communicating to men and women in the past, that communication was often, in the first place, a spoken message: “But men spoke from God as they were carried along by the Holy Spirit” (2 Peter 1:21). What they said was not their own thoughts but the words of God. Although Balaam wanted to make Yahweh pronounce what was to Balak’s advantage, he knew he was bound to say the words of God: “I could not go beyond the command of the LORD my God to do less or more” (Numbers 22:18). When Jeremiah would rather have brought a more popular message to the people of Jerusalem, he declared, “His word was in mine heart as a burning fire shut up in my bones, and I was weary with forbearing” (Jeremiah 20:9). So it is that twenty-first century preachers must be driven by the desire to share the word of God faithfully “in all the world”.

We must first of all be convinced and enthusiastic ourselves. For example, by making it a part of our normal routine to do the daily readings from the Bible Companion, we are modelling to others our claim to read all of the Bible and not just favourite passages. Helping in the Swansea Bible Learning Centre recently, I was struck by the number of people asking for devotional books – by which they mean books of short readings and prayers. Of course, there is some value in such collections, but behind the request is often a desire for a quick fix, the solace of reading words of comfort without having to face the challenge of the many tough messages in the Bible. Our task as preachers is to bring the whole of the Bible’s message to people. Ours is not a performance, in which style and personality become more significant than the message. We are facilitating the word of God, so that it can do its work:

“For as the rain and the snow come down from heaven and do not return there but water the earth, making it bring forth and sprout, giving seed to the sower and bread to the eater, so shall my word be that goes out from my mouth; it shall not return to me empty, but it shall accomplish that which I purpose, and shall succeed in the thing for which I sent it.” (Isaiah 55:10-11)

Of course, the role of the preacher is not just to present lists of verses. We have to make our presentation interesting and relevant to our audience. This means we should get to know the culture and background of our listeners.
In Africa, we can generally count on God-fearing people wanting to learn from us, people who do not need convincing that the Bible is the word of God. By contrast, in many parts of Eastern Europe, the atheistic philosophy of communism still hangs on. At the same time, a form of religion has revived with the demise of communism, and we have to take account of the dominance of the churches in some places. For example, Croatia is strongly Roman Catholic, Serbia and Macedonia are Orthodox, and Bosnia is home to Catholics, Orthodox and Muslims, having once been part of the Ottoman Empire. In mainland China, people come to the Bible with no preexisting knowledge at all, for the most part. So every place has a different history and heritage. Most of us are aware of the rapid advance of Islam in just about every continent. While we should not lose our focus on what the Bible teaches because of this, we can’t assume that those in the audience will treat it with greater authority than the Qu’ran.

But we do have an exciting and distinctive Bible message that is relevant to all people everywhere. It is no less than “the gospel of the kingdom of God”. Very few churches will have a focus on the kingdom of God on earth and the events prophesied in Scripture that lead up to its establishment. The outworking of prophecy is both a compelling reason to believe the Bible is the word of God, and also an exciting witness to the Most High ruling in the kingdoms of men.

Given that in many CBM territories English is not the mother tongue of our contacts, we need to ensure that we present the Bible’s message in simple, uncomplicated language. If we are presenting in English, we do well to use a modern version, such as the ESV, and to take the trouble to work up a PowerPoint or similar presentation, in which we can put the local language alongside the English.

In a previous article we considered the pitfalls of translation, which usually can be overcome if we are aware of where our audience are coming from. For example, ‘baptism’ to us means immersion of adult believers. To many people, however, the word signifies infant sprinkling. Words like ‘paradise’ and ‘hell’ mean different things to different people. We need to be aware of this in our preparation and presentation.

Despite the spirit of the age in which we live, there are still many men and women out there who are ‘good soil’, receptive to the seed of the Gospel and wanting to learn more about the Bible’s message. Our enthusiasm and faithful facilitation of God’s word will impress them. If we do our homework well and approach our task prayerfully and humbly, the word of God will release its power, making them “wise unto salvation through faith which is in Christ Jesus”.