200 issues of the Bible Missionary

You are here:
ArticlesRecent Reports 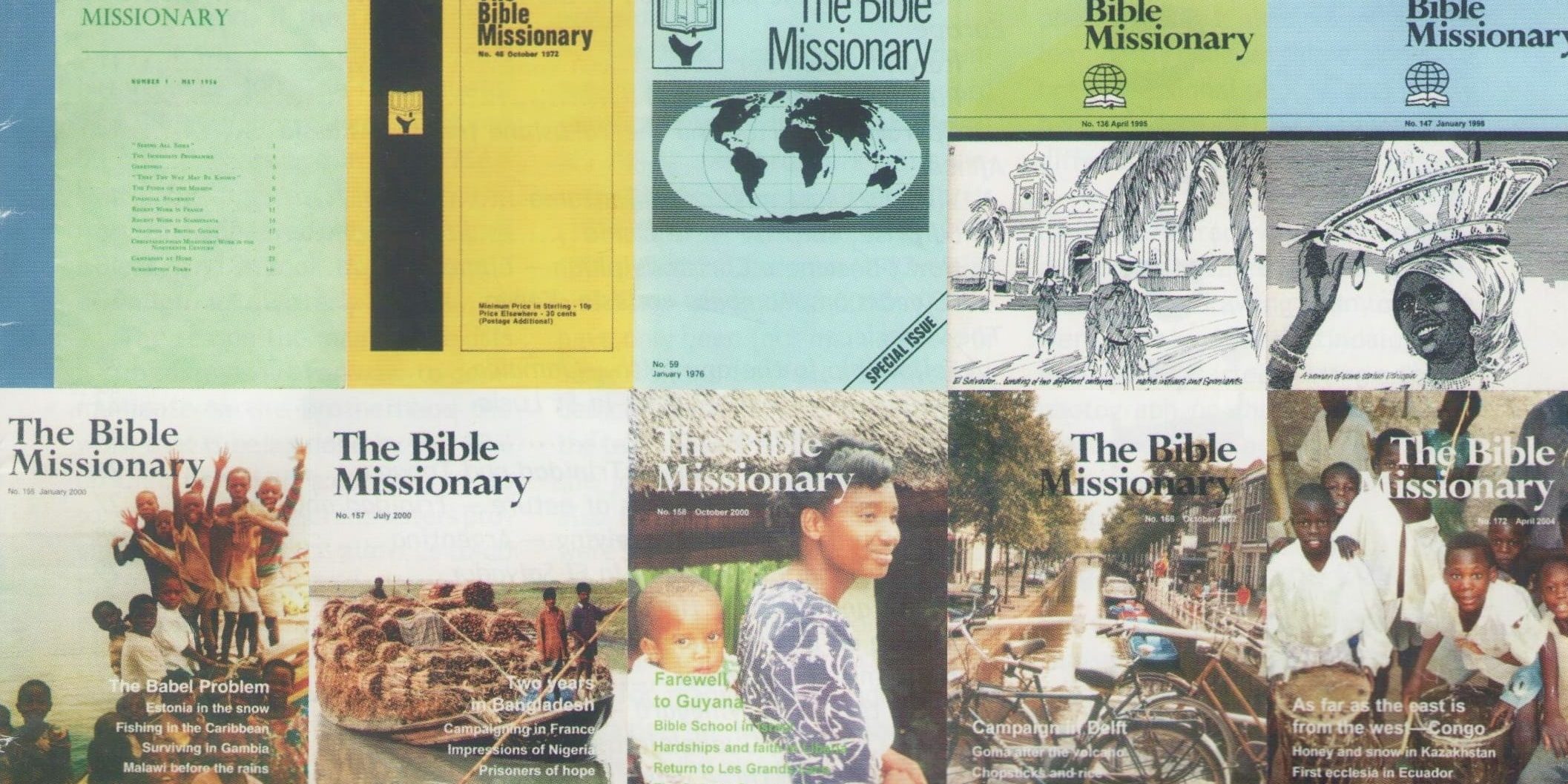 It’s come as a bit of a surprise, but here we are with the 200th issue of The Bible Missionary. Such a milestone does not occur very often. As you may be able to work out for yourself, it is 25 years since issue 100 and, if the Lord remains away, it will be another 25 years before issue 300. The first issue of The Bible Missionary appeared not 50 but 55 years ago in May 1956 – that’s because to start with the magazine appeared only 2 or 3 times a year, and it took time to settle down into its quarterly routine.

The reason the magazine exists is the same as it ever was: to communicate to the brotherhood the work that is being done by the CBM on their behalf. It’s our duty to do so, since the brothers and sisters provide the funds which allow us to do the work. But The Bible Missionary is not just about reporting the bare facts, like a company’s annual report: hopefully, it also imparts a sense of excitement as we see the gospel breaking through new barriers and into new countries; a sense of joy as we see men and women accepting the gospel of Christ; a sense of fellow-feeling as we understand the hopes and fears of our brethren and sisters in mission lands; and a sense of fulfilment when we see brothers and sisters working together to further the Lord’s will.

Of course, the other aim of the magazine is to encourage brethren and sisters to give more money to the cause. This is a theme that has been consistent from the start. The early issues contained subscription forms, deed of covenant forms, and banker’s order forms, to make sure people did not miss an opportunity to give. Things are no different today: the world recession and, in the UK at least, the fall in the value of our currency, have hit us hard, and the CBM has had to cut its budgets. The need for more funds is ever present.

The magazine itself has maintained a consistently high standard thanks to the spiritual insight, literary skills, and hard work of its distinguished editors: Alfred Norris (1956-1973), Peter Watkins (1973- 1980), Graham Jackman (1982-1998) and Tony Jarvis (1998-201 0). There have only been four main editors in 55 years, and the fact that they all dedicated so much of their lives to the task shows that they did not take the job lightly – and perhaps they also found it very fulfilling. They were supported by others, who spent equally long periods behind the scenes on the production side, of whom I should mention Arthur Hale, who for many years produced the magazine in Holland, and David Rowley, who was production editor for many years (and also filled in as editor in 1981) .Changes in technology The magazine has changed in many ways since 1956, as the technology has changed. In the early days all the typesetting and production was done by the printer. Now the whole magazine is created on a home PC as a PDF file, uploaded to the printer via the internet, and fed into the printer’s presses.

Ever since the early days, The Bible Missionary has included photographs – you can see an early example on page 9 – and these surely made a big impression on the readers, for they allowed you to actually see your brothers and sisters in faroff countries. They were in black and white then, and the quality was not so good, but nevertheless they were very valuable. The reproduction of photographs has always been a problem, partly because the originals are not professional photos, and partly because the printing technology is difficult to get right.

In 1992, the magazine started to look more attractive when the plain, dull cover became glossier and included a line drawing (many of these were done by John Martindale); and in 2000, we started putting a colour photograph on the cover. But the biggest change occurred in 2004, when the whole magazine went into colour production.

Magazine of all the CBMs

Not only that, but a significant organisational change occurred in 2004, for The Bible Missionary became the magazine not just of CBM UK but also of CB M and ACBM. The page size was increased to accommodate the additional content; also thinner paper was used to keep postage costs – particularly overseas – to a minimum.

In a sense that brings the magazine back to where it was, since the early magazines reported on preaching activities worldwide. But when the ACBM and the CBMA were formed, operating independently of CBM UK, we lost touch somewhat with each other. Now once again, by having one magazine for all the CBMs, we are much more aware of what is happening in the mission field throughout the whole world, and surely that must be a good thing.