The Philippines is an island country with more than 98 million people. The country is very poor, but developing. The largest ethnic group are the Tagalog people (28%). Most common languages are English and local dialects. The majority religion is Christianity (90%),of which Roman Catholicism is the most dominant (80.9%). 5% of the country are Muslim.

Main fieldworker visits are generally in December-January and March-April to coincide with local holiday periods. Travel outside these periods is also strongly encouraged. Long-term field workers are always sought after to assist in pastoral and preaching activities. Recent and proposed hall building works incorporate field worker facilities for this purpose. 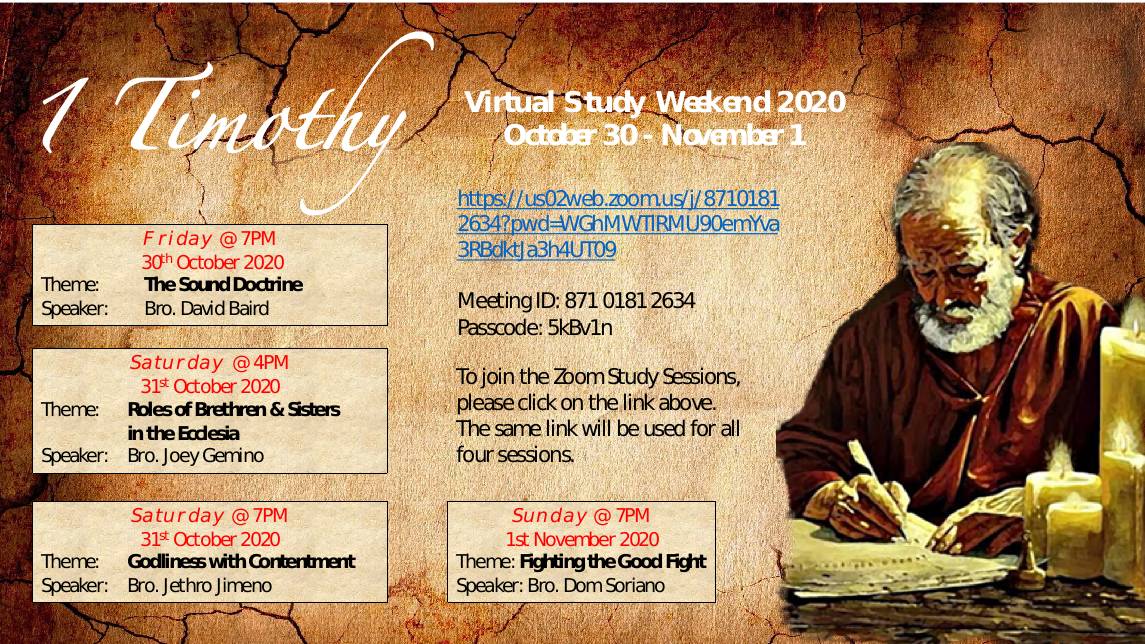 The virtual study weekend in the Philippines was successfully held last October 30 to November 1, 2020. The event focused on the themes of first letters of Paul to Timothy. It was attended mostly by our young brethren and sisters nationwide and few brethren from overseas. 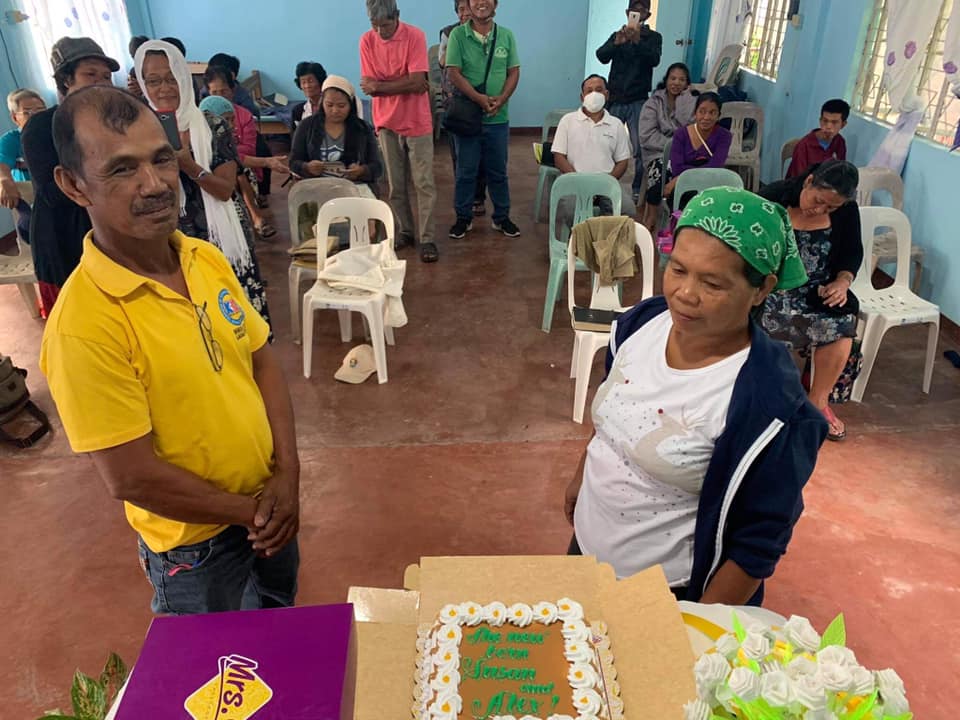 We’re pleased to hear from the Isabela Ecclesia in the Philippines about the baptism last week of Bro. Alex and Sister Susan. 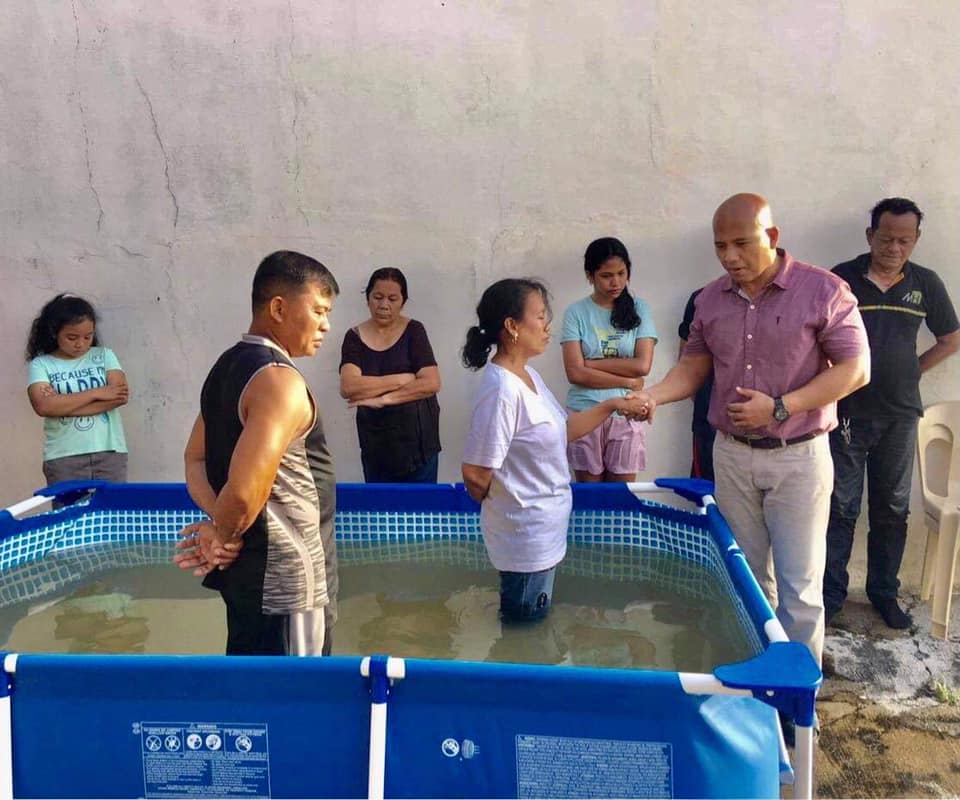 Bro. Kenneth and Sis. Rovi had been in search of the truth for years and have found a way to it through Christadelphian preaching and learning web sites. Afterwards, through the ACBM, they were connected to the Laguna Ecclesia where they regularly attended meetings and continued their studies. A year after they first attended a Christadelphian meeting, they confessed their faith and got baptised in the Christadelphian Faith. 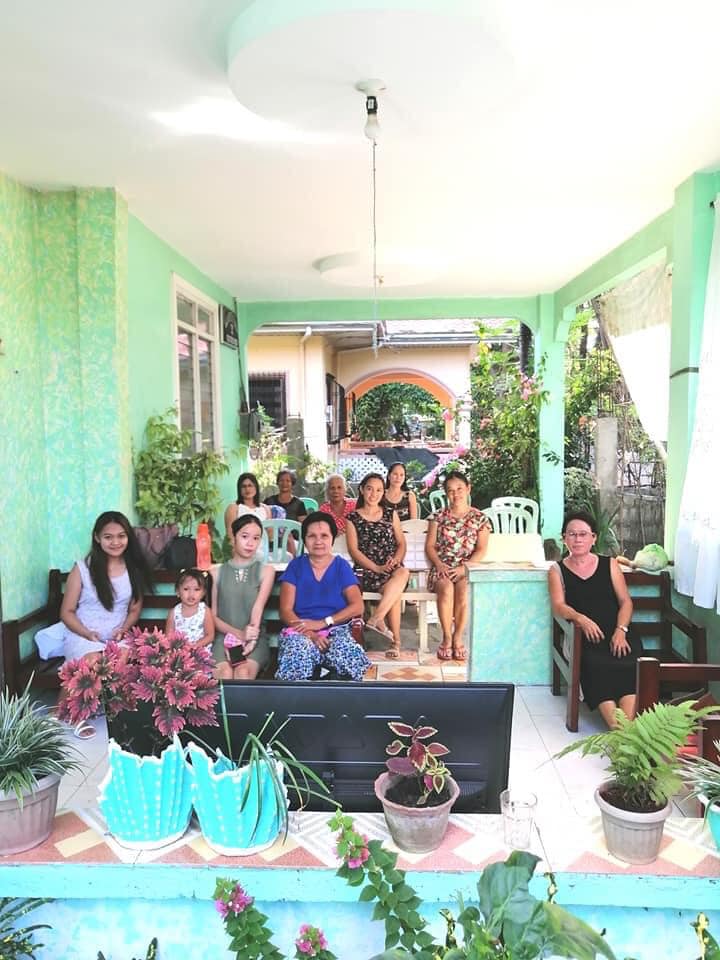 VIRTUAL STUDY WEEKEND IN THE PHILIPPINES

Over the last two days the Philippine ecclesias have been meeting for a virtual study weekend around the theme of Acts. Most of the brothers and sisters have been able to meet at their halls and connect with other ecclesias via Zoom, like this group here at Santa Barbara. The weekend included 6 baptisms at Bugallon ecclesia and a song praise night with each ecclesia singing an item. 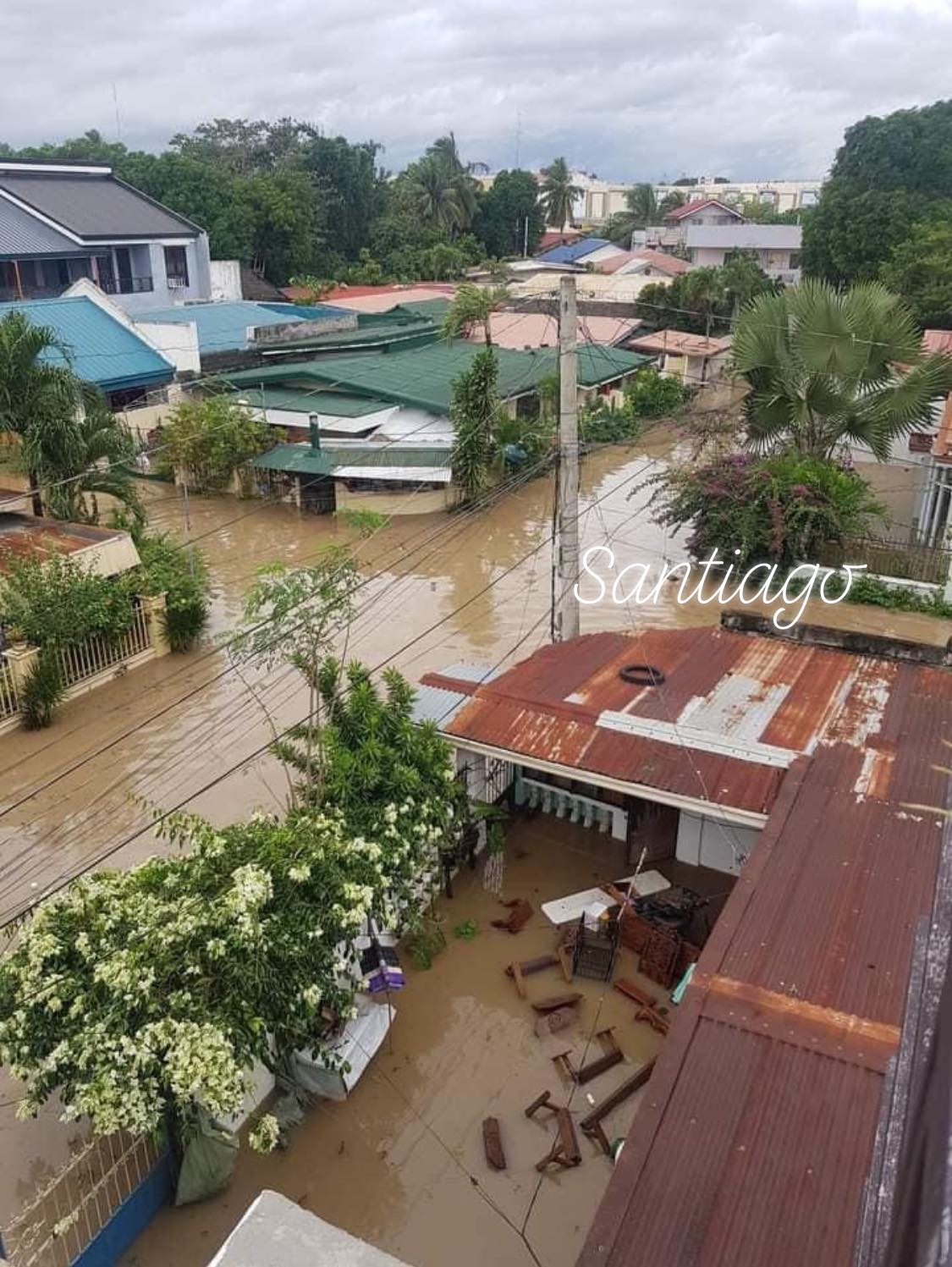 TYPHOON ULYSSES, PHILIPPINES – The typhoon season in South East Asia this year had been relatively quiet until about 2 weeks ago. Since then four typhoons have hit the Philippines. The most recent was typhoon Ulysses which has caused widespread flooding throughout the northern island of Luzon, with some areas seeing the highest floods for…

Over the last two days the Philippines has been impacted by Typhoon Rolly, this is the second typhoon to hit the country in a week, with another possibly following in a few days time.Typhoon Rolly made landfall in the southern Bicol region, as a category 5 system, the strongest typhoon of the year and caused extensive damage.

We’re pleased to hear of another baptism in the Kalilangan Ecclesia in the southern Philippines last week. Welcome to Brother Ernesto! 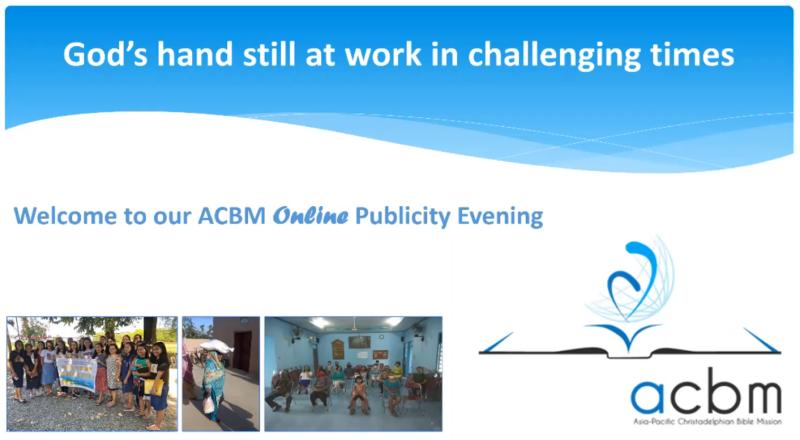 An ACBM NSW Publicity Evening was held online on Saturday 19 September 2020. The evening included updates on the effect of COVID-19 on mission areas, some special events for young people in the Philippines in December 2019, an update on Indonesia including the story of 3 Iranian refugees in Jakarta, and progress in Pakistan.

School of the prophets, and Conference 2019, as seen from an Australian young persons perspective.