The ACBM region of North East includes the states of West Bengal, Odisha and the 7 remote states to the east of Bangladesh (known as the ‘seven sisters’). Culturally however, the seven easternmost states are quite distinct from West Bengal and Odisha.

These seven states contain 45 million, primarily tribal people who speak languages more similar to Burmese then Hindi. A history of separatism and poor government make these states some of the poorest, most dangerous and least developed in India. The religious makeup of 59% Hindi, 24% Muslim, and 16% Christian (compared to the Indian average 2.5%). Some of the individual states are the most Christianised in India — Nagaland (87%); Mizoram (87%); Meghalaya (74%) and Manipur (41%) respectively.

Bengal was one of the most prosperous regions of British India, and Calcutta one of the great cities of the world. Unfortunately partition split Bengal in half, devastating the economy. Many subsequent decades of Communist government led to an exodus of investment and economic development, although the state is still known for cultural achievements and its literary achievements. The state has a population of 91 million, with 70% Hindu, 27% Muslim, and Christianity barely 0.8%.

West Bengal has been supported by long-term fieldwork stays of up to 6 months by Bro. Mark and Sis Ruth Morgan and family as well as shorter “fill-in” stays by other fieldworkers. Their objective has been aimed at “strengthening the things that remain.” There has been considerable disappointment in this effort. Too many of those who were baptised in earlier years have been withering on the vine, the area had not been given the attention it needed. More fieldworkers are needed to continue this work as the Morgan’s 3 year commitment comes to an end in March 2016.)

During 2014-15 the main combined events supported by the ACBM have been the Annual West Bengal Bible School, the second West Bengal Youth Camp and the Joynagar Ecc. Study Weekend. These have provided good opportunities for the development of Bible knowledge and understanding and are valuable in building fellowship and mutual love in Christ. A very good development coming from the Youth Camps is the semi-regular CYC meetings at Kolkata and Egra. A number of brothers are taking an increasing level of responsibility for the spiritual and physical welfare of the members and there has been some exchange of local speakers between ecclesias for exhortations and Bible studies.

The ACBM fieldwork is based at Jodhpur Park, a southern suburb of Kolkata where an apartment has been rented for a number of years.

From May 2007 we leased an apartment in a Kolkata suburb having decided we must have a physical base in this part of India. In the three years since then we have aimed at “strengthening the things that remain.” There has been considerable disappointment in this effort. Too many of those who were baptised in earlier years have been withering on the vine, the area had not been given the attention it needed.

There are ecclesias in Sarenga (30km); Joynagar (60km from Kolkatta); Egra; Contai (150km) and  (200km from Kolkatta) with a combined membership of up to 20, with more interested friends and children.

The first venture into the State of Orissa (south of Kolkata, recently renamed Odisha) occurred this year following the baptism of an Orissa speaking sister in Agartala. She and her husband, Bro Subrata Ganguly, have twice travelled there to visit contacts that had been made through the ChristadelphiansIndia website. This website will be the main means initially of obtaining contacts to develop the spreading of the gospel in other parts of India, areas that are mainly in north, western and central India. 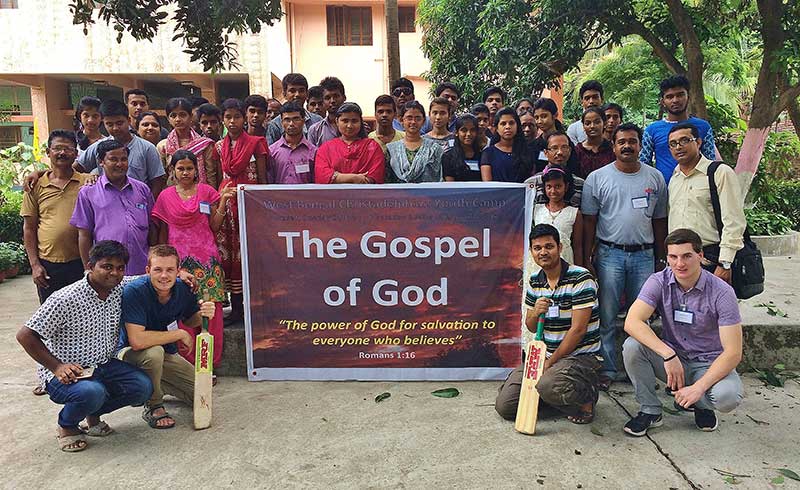 The North East India area mainly covers the states of West Bengal and the eight remote north-eastern Indian states to the east of Bangladesh. There are five ecclesias in West Bengal state: Kolkata, Joynagar, Contai, Egra and Sarenga with memberships of up to 20, plus interested friends, young people and children and there is a… 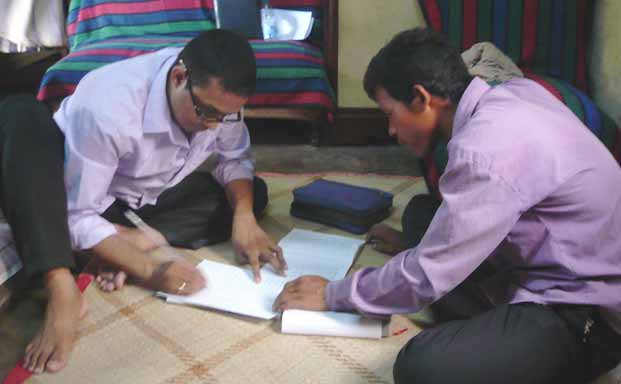